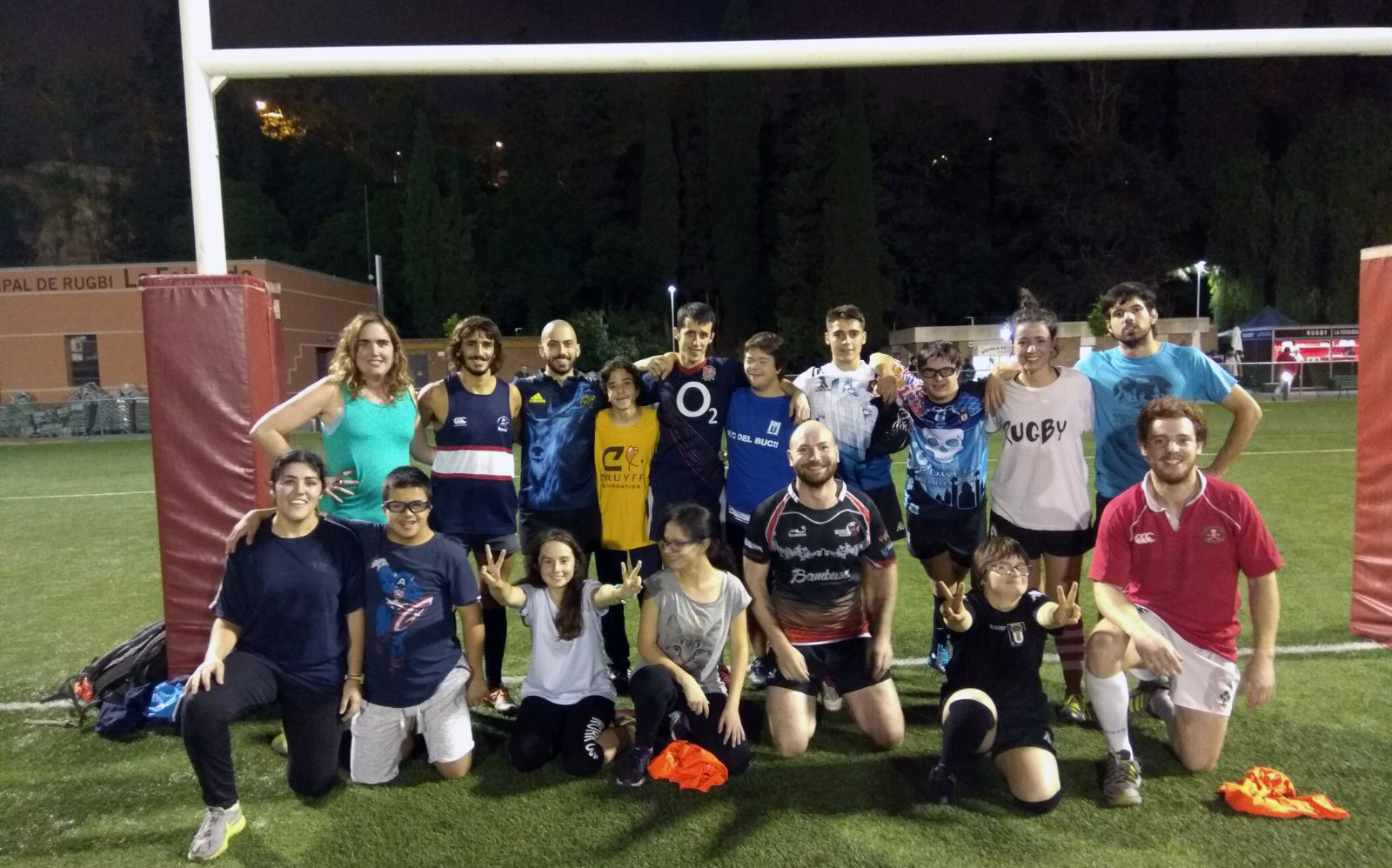 Rugby is becoming one of the sports with most inclusive values, and in Down Catalunya we have been seeing this for years. In 2015 we organized, along with the BUC (Barcelona Universitari Club), the first inclusive rugby meeting in Catalonia, which also took place in 2016 and 2017, and after that first meeting the BUC created an inclusive rugby section, which includes several young people with Down syndrome, as well as other people with intellectual disabilities.

The inclusive rugby section of the BUC (in fact, the official name is team of mixed skills) has always open enrollment, explains its promoter and coordinator, Diego Dunjó. “We encourage everyone to come and try, this is a sport where everyone has a place”, he adds. At this time, there are trainings every Monday from 6:30 to 8:00 pm, in La Foixarda field, in Montjuic. It is being evaluated if, like last season, another training is done also on Fridays at the same time.

The BUC is completely committed to social inclusion through rugby and its values, especially respect for the rival. To achieve this, all the training starts with a moment of dynamism, where everyone participates actively, and then a match is played with equitable teams.

In an interview with El Diari de l’Educació, Dunjó explained a few months ago the golden rule of inclusive rugby: “If as a facilitator I try to violate the defense by the place where there is a person with a disability that is differentiated, physically or cognitively, the referee does not allow it. I am obligated to pass to a person who is minimally of my condition. This requires that, during the training, the facilitators have to participate with them”.

In addition, some of the inclusive players also participate in several categories of the BUC school. Bernat, Oriol and Sergi are three boys with Down syndrome who belong to the Sub14 team and participate in the ordinary competition. They train on Mondays and Wednesdays, at approximately the same time, and compete on weekends when there is league, or if not in friendlies. In the sub12 team there is also one boy with Down syndrome, Àlex. Laura and Martí now only play inclusive, although in previous seasons they had also belonged to the sub12.

The inclusive team of the BUC participated last year in an inclusive rugby internatcional meeting that took place in Cullera (Valencia), while the boys of the ordinary teams have also participated in international meetings like the one that is done every year to Elna (France).