BCN Marathon will have a runner for Down syndrome

Alexis training with some of the guys who will accompany him

Alexis Perez is a 27-year-old Psychology student who has always played sports, especially mountain running or cycling. For years he has had in mind to run a marathon, and finally on Sunday March 15 he will make this wish come true, in Zurich Barcelona Marathon. And to make this experience even bigger, Alexis has decided to transform his personal challenge into a charity challenge.

In honor of his aunt Maria José, who has Down syndrome, Alexis wants to dedicate his career to people with this condition, and in this sense he has opened a crowdfunding campaign whose benefits are fully allocated to the programs carried out by Down Catalunya.

You can support this campaign through this link:
http://www.migranodearena.org/es/reto/5547/bcn-2015-mi-primera-maraton/

As Down Catalunya, we are pleased and excited by Alexis initiative, but we do not want to let him make all the effort. And so, in the last kilometers of the race, which experts say is when the legs begin to falter, Alexis will encounter athletes with Down syndrome who will accompany him as far as they will be able to. We are convinced that, with the energy that this young men and women will transmit him during this final stretch, Alexis will reach the goal full of strength and good feelings.

These days Alexis trains with an extra motivation. He has also had the opportunity to meet and train with some of the youngsters who will accompany him. You can follow him through his twitter account (@ 360vida) and instagram (alexis360). Go Alexis! 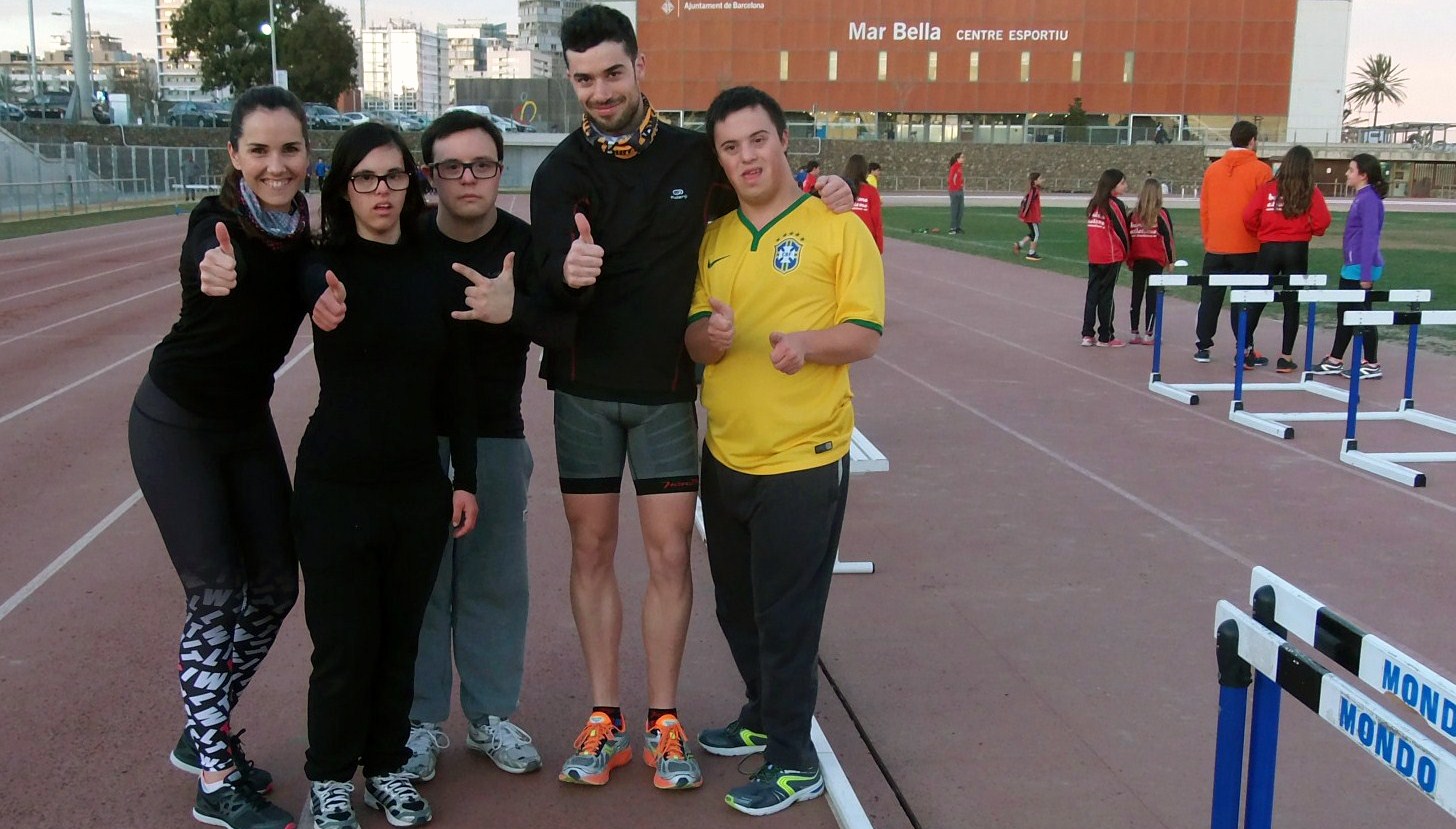 Alexis, Jordina, Albert and David, and athlete Miriam Garcia, from ‘Where is the limit?’, who leaded the training session